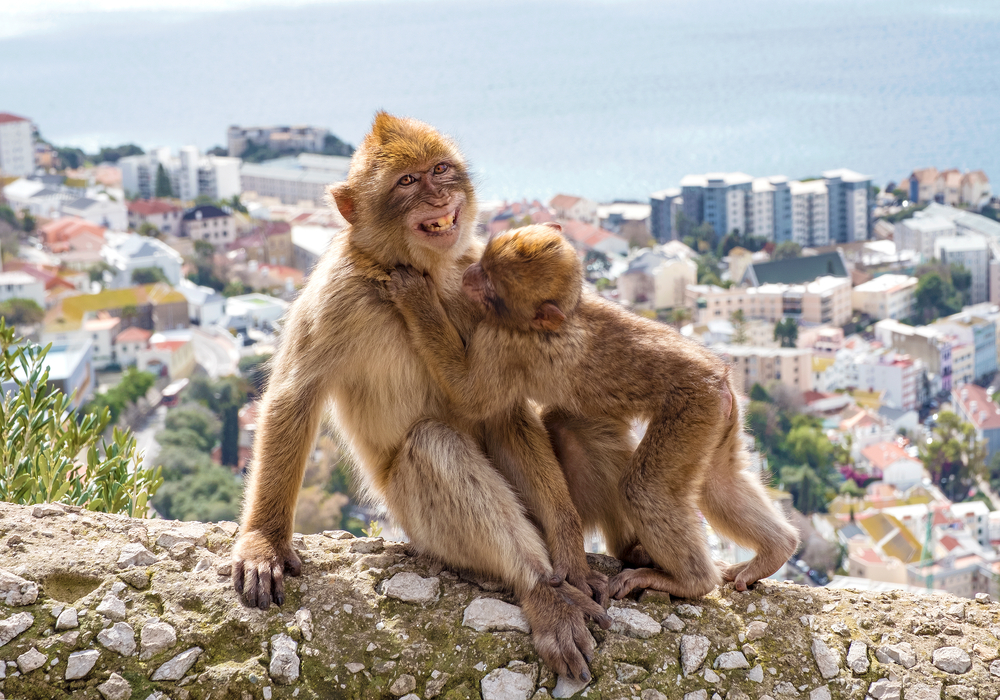 When tourists visit Gibraltar for the first time, it is the world-famous apes that are often what they most want to see. So it is up into the Nature Reserve and towards the top of the Rock that many of Gibraltar’s first-time visitors want to head.

Climbing the Rock of Gibraltar can be quite a challenge, unless you are reasonably fit. The roads are steep and many paths have steps carved into them, so if you decide to walk up to the top, you need to be prepared to work pretty hard to do so. Luckily, there are plenty of areas that you can stop to take photos of the dramatic scenery across the Bay and the Strait of Gibraltar towards North Africa from some splendid vantage points along the way. Walking the Rock also offers the chance to take your time, enjoy the scents of the pines and the wildflowers, as you get closer to this unique landscape.

On the other hand, and especially for tourists who might only have a day or so in which to familiarise themselves with this unique location, travelling to the Apes’ Den, to the Top of the Rock viewing point, and to the heart-stopping Skywalk, is made infinitely easier, and faster through the many tour opportunities available. These can be booked in advance of arriving in Gibraltar, and tourists can choose from private taxi tours, shared tours and minibus tours. All of these provide guides and visits to some of the other special attractions of Gibraltar, such as the stunning St Michael’s Cave and the Great Siege Galleries.

Gibraltar’s apes are readily seen. They are accustomed to people, although they are still considered wild animals and tourists are advised to remember that the Rock is their home, their territory. In particular, when the females are laden with their baby apes on their backs or hugged to their chests and seem especially cute, they can be very protective and it is safest to admire from a reasonable distance.

The Barbary Macaques are usually found in North Africa, but they are known to have been found in Gibraltar from the very early days of the British garrison, so it can be assumed that they travelled across the Strait on the many ships that berthed in Gibraltar as they travelled across the globe with the British Empire. Gibraltar’s scrub vegetation and rough cliffs provide a great habitat for them.

Inevitably, when a place becomes famous and part of their wildlife iconic, legends abound about them. One such legend claims that the apes arrived in Gibraltar by crossing from Africa through an underground tunnel that joins Morocco with Europe and emerging somewhere below St Michael’s Cave.  Another legend claims that the British will leave Gibraltar if the macaques ever disappear. This was taken so seriously during the Second World War, that Sir Winston Churchill ordered additional animals to be imported from Morocco to boost the dwindling population,

These days, there is a pack of Barbary Macaques resident at the Apes’ Den to which so many tourists flock. But there are other packs that live wild on Gibraltar’s steep slopes. While tourists are welcome to tour the Upper Rock and visit the Apes’ Den, experts warn that human interaction needs to be limited and that getting too close might result in being attacked – the bites can be serious.

Nevertheless, watching the way that the macaques co-exist with people on the Rock is fascinating. Gibraltar’s tour guides are experienced and can help tourists enjoy their viewing of the Barbary Macaques along with their visits to the many other attractions that Gibraltar offers its visitors.