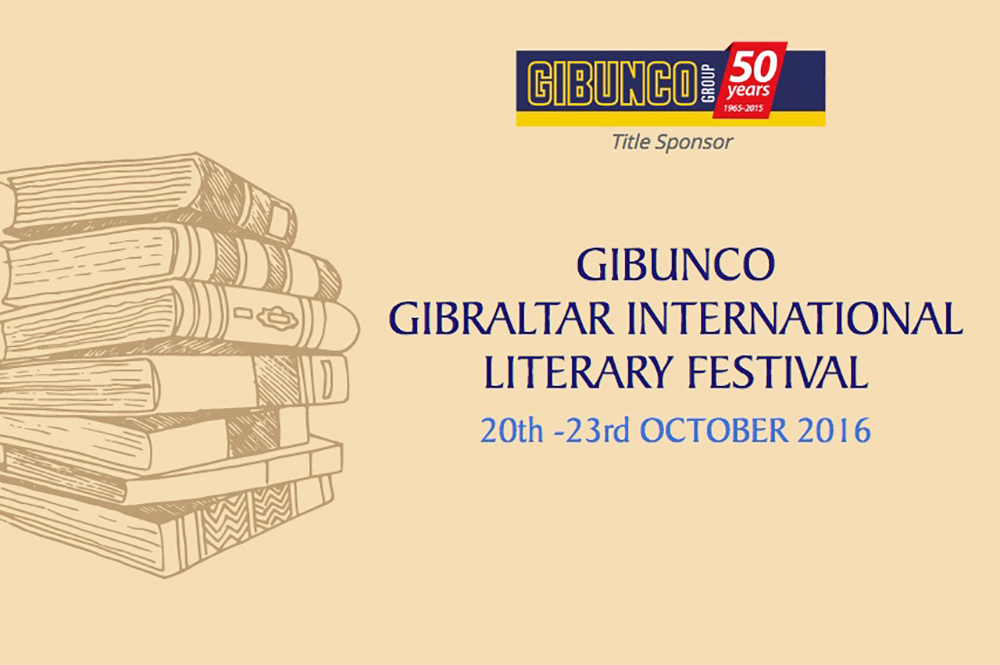 Gibraltar is a place both soaked in history and with strong literary connections.
Although only in its fourth year, the Gibraltar International Literary Festival, due to take place 20th – 23rd October 2016, has achieved international recognition as well as patronage from the Princess Royale. Graced by a wide variety of speakers on subjects ranging from cooking to Shakespeare, the festival has a broad appeal and for those planning an autumn break, it would make the perfect addition to a visit to Gibraltar.

In between the speakers and book signings, a tour around the venues would prove of interest. Take the King’s Chapel, for example. Dating back to the end of the fifteenth century the King’s Chapel was originally part of a Franciscan friary. It was then handed to the Church of England after the British capture of Gibraltar in 1704. A jewel of a building set in a discreet corner of Main Street in the shadow of the grander Convent (the official residence of the Governor of Gibraltar), it is open to the public daily.

While on the same side of the pavement, Gibraltar’s Convent is also one of the venues, and although less accessible to the public ordinarily, the Literary Festival is a good opportunity to sneak a peak at the grand ballroom.

A little off the beaten track but well worth the visit, for the Festival or just to sate the tourist’s curiosity, Gibraltar Garrison Library is a little literary haven. This was founded by Colonel Drinkwater, who himself authored a book “A History of the Great Siege of Gibraltar” in 1785. He believed that the garrison officers needed a good reading library and as a result of his efforts, the Garrison Library houses 45,000 books, some being very rare volumes. Its colonial architecture, helpful staff and gorgeous furnishings make it a perfect sanctuary.

Libraries and festivals aside, Gibraltar is unique in its setting and has inspired many writers including James Joyce, whose Molly Bloom from “Ulysses” spoke about her girlhood in Gibraltar, specifically the Alameda Gardens, where nowadays a particularly lovely spot recalls the character. Tourists taking a stroll through the gardens will easily find it and the benches in this nook provide splendid views over the Bay and a perfect place to read and contemplate.

Gibraltar also features in novels by Mark Twain (“The Innocents Abroad”), Anthony Burgess (“A Vision of Battlements”) and in poems by Browning and Tennyson. These are only a few among the many authors inspired by Gibraltar, from historians such as Gareth Stockey to novelists such as Andy McNab, and not least Gibraltar’s own crop of writers: the mysteries of Sam Benady and Mary Chiappe or the poetry of Humbert Hernandez and Kailash Noguera.

Anyone planning to take a tour of Gibraltar in October would be wise to keep the Gibraltar Literary Festival dates in mind and to ensure they take a tour around the old town to see the streets that the character Bresciano might walk to unravel his mysteries, or the patios and alleys which hosted Hernandez’s stories and Noguera’s poems. And check into the local bookshop for those essential literary souvenirs.