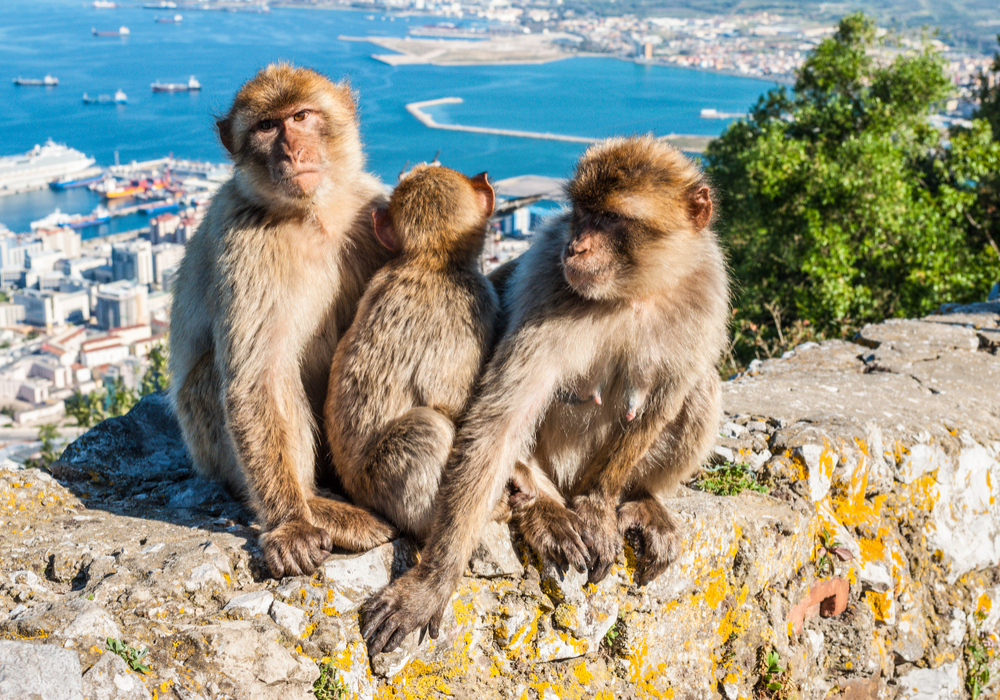 Looking from the deck of a cruise liner slowly berthing at Gibraltar’s harbour on the Rock’s west coast, tourists will be greeted with sight of a green, lush landscape rising steeply from the cluster of buildings that make up this bustling, Mediterranean city. Similarly, air passengers will eagerly glance out as they land and be greeted by the dizzying height of the Rock, glowing green and gold in the morning sunlight. Walking or taking a taxi ride along the main thoroughfares towards the city centre, the view continues to impress, the various shades of green of the maquis punctuated by the pale grey inclines of the limestone face of the Rock itself.

For the nature-loving tourist, the Rock of Gibraltar is a delight. Access to the Rock’s nature reserve can be arranged prior to arrival through one of the many rock tours that are available, and the cost of these usually includes the entry fee to the Upper Rock Nature Reserve and to some of the stunning attractions such as the breath-taking St Michael’s Cave. Private tours are particularly effective as the drivers are usually extremely well-versed on what the Rock has to offer and where to find the best views. There are also a number of trails for those who prefer to tackle parts of the Reserve on foot..

The Upper Rock of Gibraltar was officially designated a Nature Reserve in 1993, and since that time it has increasingly evolved. In 2013, the Upper Rock Nature Reserve was extended to include new sites in a move to further improve biodiversity and natural habitats. Gibraltar is far more than a place where the Barbary macaques thrive; the Reserve is home to some rare species of flora and fauna and is included in the EU’s list of SAC sites (Special Areas of Conservation) and as a Special Protection Area (SPA). One particular plant, the Rock Campion, is extremely rare and grows only in Gibraltar. A paradise for migratory birds which gather in the Straits during their annual journeys north in summer and south in winter, Gibraltar is frequently visited by a large number of passerines and raptors – an ornithologist’s heaven!

A tour of the Nature Reserve is far more, however, than an experience for naturalists. Rich though it is in wildlife it is also rich in examples of human history from the earliest ages of man, as witnessed by the archaeological evidence discovered in Gibraltar’s Gorham Cave complex. This is why Gibraltar was declared a World Heritage Site by UNESCO just two years ago. And right up until more recent years, Gibraltar has worked as a fortress with historical sites that include Moorish lookout points, a medieval keep and city walls, and numerous military installations of the British Garrison.

September is the month where the summer starts to cool, the rush of the holiday season slows and we can take advantage of a Mediterranean break before starting the routines of autumn. A tour of Gibraltar’s Nature Reserve is the perfect way to tune in to nature, discover a sense of humanity’s long history, to realign and seek refreshment: an oasis of green surrounded by the sapphire of the sea.