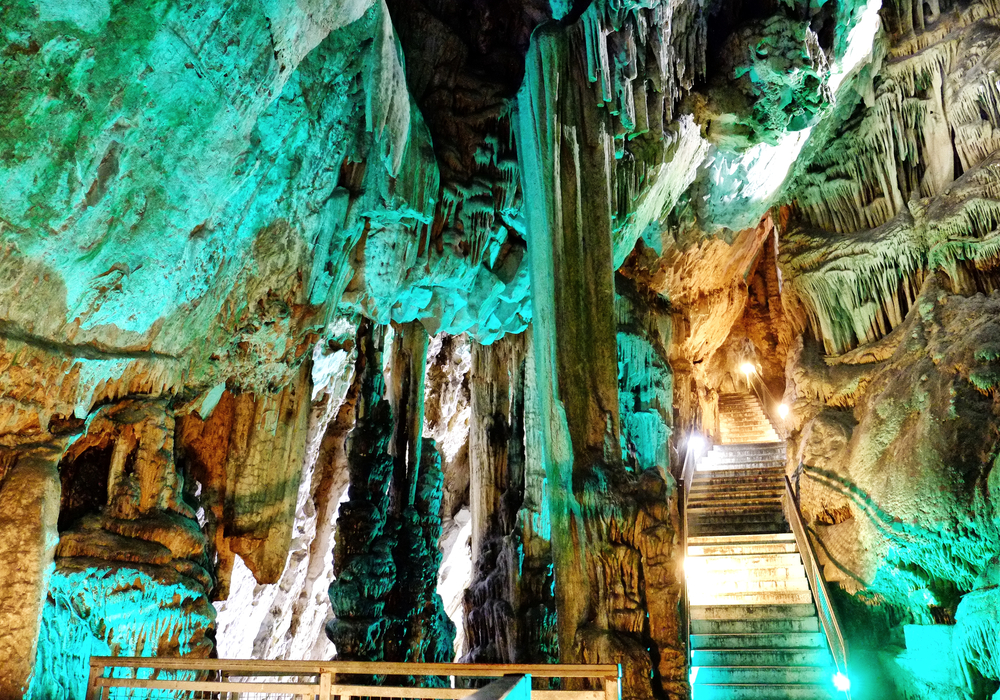 The Mediterranean in the summer instantly conjures images of sparkling blue sea, bright skies and glorious sunshine. But there is much more to Gibraltar than first meets the eye – seaside restaurants, family-friendly beaches, duty-free shopping and luxurious marinas. And to take a break from the heat of the summer, a tour of underground Gibraltar is fascinating and adds an unusual dimension to a visit to the world’s most iconic Rock.

A historic city with a strategic position overlooking the Strait where the Mediterranean Sea meets the Atlantic Ocean, Gibraltar has been a military fortification for centuries, certainly since the Moorish conquests of Andalucía in 711 AD and possibly in earlier times, as recently-found Roman remains may eventually testify.  A steep mount with spectacular views across the flat Campo de Gibraltar to the north, and across the sea to Africa to the south, Gibraltar was almost impregnable for centuries.

But the military occupiers of Gibraltar quickly discovered that the Rock is largely limestone and the way that this was formed over the millennia resulted in a type of rock that was suitable for reasonably stable engineering. After the capture of Gibraltar in 1704, the British Army developed a set of defences throughout the Rock which included the building of a tunnel and cave network.

The Great Siege Tunnels are open to visitors and are often included in the many popular taxi tours that visitors to the Rock enjoy.  These are a complex labyrinth  of tunnels criss-crossing the Rock that are still considered one of the most impressive man-made defence systems ever built.

During the Second World War, Gibraltar was once again under threat. Its strategic position was closely eyed by Franco, the fascist dictator in Spain, and by Hitler. Gibraltar’s system of tunnels was expanded in order to provide storage space, a hospital and safety for the military and civilian personnel that were based on the Rock during the War, contributing to the Allied victory.

Tours of the Great Siege Tunnels and World War II Tunnels are informative and enlightening, a fascinating exploration of Gibraltar’s vital role in major world conflicts. But there is still more that Underground Gibraltar has to offer tourists.

Gibraltar has some magnificent natural caves that are well worth visiting during an Upper Rock Tour. The foremost of these is St Michael’s Cave, a stunning cave with spectacular formations of stalagmites and stalactites. There is a lower part to this cave, an extraordinarily beautiful cavern with several chambers and a lake. Access to this is by organised tours only and requires a degree of climbing and scrambling.

And, of course, there is the Gorham Cave Complex, part of Gibraltar’s World Heritage Site and the caves where some of the world’s earliest Neanderthal remains have been found. These caves remain of archaeological importance and tours to the complex also have to be arranged in advance.

We all love the sunshine of a Mediterranean summer, not least in Gibraltar, where we tend to flock to the beaches and enjoy dining by the sea. But now and again, the cool and mystery offered by Underground Gibraltar is irresistible. A day spent touring the tunnels and caves is utterly rewarding and, if orchestrated with the help of a private tour, there is always time to watch the sun set while enjoying a glass of wine at a marina–side restaurant.